Learn from the Leaders: Efficiency is Key to Growth 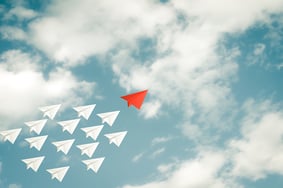 In such troubling and uncertain economic times, many credit unions are just trying to survive. To do so, they must be agile and adapt to changes in member behavior. It’s also vital they communicate and reach out to members to understand their needs and wants during this crisis. Credit unions are discovering now more than ever that the technologies and core processing system they use make a huge difference in terms of growth.

Founded in 1963, by a group of passionate volunteers in Kamiah, ID, Freedom Northwest Credit Union has always been dedicated to its members and led by the will and vision of its committed volunteers. This member-first attitude has built a strong backbone for the credit union and supported its growth since the beginning. Currently, the CU has over $268 million in total assets with more than 9,800 members.

Some of the key components to the success of the Freedom Northwest Credit Union include:

Its clear Freedom Northwest Credit Union is making a mark through impressive efficiency and leadership from Garrett and his management team. They collectively understand the value and importance of partnering with a core solution that can deliver the technologies their credit union needs in order to support and deliver more efficient operations within an institution. “With the simplicity and efficiency of FLEX, we can maximize our focus on our business and members,” said Garrett.

Efficiency is Key to Growth

What most credit unions don't realize is that core system efficiency is at the heart of their operational direction and success. Your core system should aid in the magnification of your operational efficiencies and help expose your inefficiencies. By applying metrics such as net income per full-time employee, member growth and efficiency growth to your credit union operations, you can gain valuable insights into how efficiently you are using the assets you have as well as where you are suffering from imbalances.

Download our eGuide to learn more about the key ratios for credit unions to know.

Bonus: Check out the feature article from the 2021 Callahan Supplier Market Share Guide to learn how future proofing your core with will grow your credit union.