Women Rising in the Workplace: The Credit Union Difference 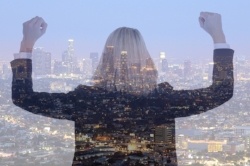 Recent headlines in the entertainment industry, with the subsequent trending of the #metoo movement, have again brought to the forefront of our national conversation the issue of the discrimination and harassment women may face in the workplace. It is refreshing to see an entity such as the Credit Union National Association, and the entire credit union industry, actively embrace and encourage the career growth of their female workforce. The credit union industry routinely coordinates and participates in forums that challenge the issues contributing to the proverbial "glass ceiling." CUNA is also working with the World Council of Credit Unions to bring this discussion to the table. CUNA president and CEO, Jim Nussle, stated in March 2017, "Without more women in executive leadership positions, financial institutions cannot maintain their competitive advantage."

The Credit Union Difference and forward-thinking leadership is at the heart of the strong movement to empower women and put them in more leadership roles within the credit union industry. Consider that more women are increasingly receiving college degrees and joining the workforce at higher rates than their male peers. The Census Bureau reported in 2014 that 32 percent of all women in the US had received a bachelor’s degree, versus 31.9 percent of men – the first time that women surpassed men in this category! Women are also aggressively working to close the gap in the percentage receiving advanced degrees, so it should, therefore, follow that they should have more representation in leadership roles as well.

Working for inclusive-minded leadership is a major reason why a career within the credit union industry is such a great fit for women. Speaking at a recent meeting of the Women’s Global Leadership Network, CUNA's Jim Nussle addressed this very topic.He cited that women make up 70% of the credit union workforce in the USA.  Although women are found to be in the majority of the leadership roles at credit unions with under $50 million in assets (66%), they are still under-represented at the top levels of the larger ones, with women leading only 15% of credit unions with $1 billion in assets. Clearly, further change is needed. Nussle went on to address the gender gap and provide actionable items, such as sponsoring and mentoring women you know, encouraging them to take on complex and visible projects when the opportunity presents and having a diverse candidate pool when filling open positions.

This supportive and inclusive attitude is a great reason to embrace the Credit Union Difference. This attitude translates to loyal and happy members and superior member service. The credit union community as a whole should be applauded and deserves attention for their willingness to stand above the rest and for their recognition of the added value their female leadership brings to the table.

Like our topics and articles on FLEX Connexions blog? Get the latest delivered to your inbox by subscribing to our blog: