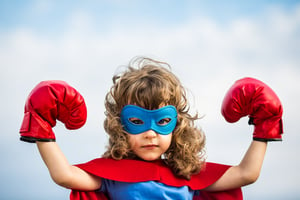 Last Thursday marked the 7th International Day of the Girl. Not just a trending hashtag, or a reason to post pics on your Instagram and Facebook pages, October 11th is an international observance day declared by the United Nations in 2012 to increase awareness of gender inequality. The celebration of the day also reflects the successful emergence of girls and young women in societies around the world in equal and influential roles, with an understanding that we still have a long way to go. It is a day used by many philanthropists to promote their causes, such as the Global Girls Alliance initiative which announced last week to support over 98 million adolescent girls globally who are no longer sent to school. Leading by example is the best form of leadership and credit unions can continue to be proud of the example they set for girls, with women excelling in leadership in the industry.

The gender gap within large U.S. corporations is alarming. Only 5.2 percent of the S&P 500 CEOs are women, while 4.8 percent of the Fortune 500 CEOs are women. For comparison, according to an article this past May in CUInsight by Liz Santos of BFB Gallagher, across all credit unions the gender split between men and women chief executives is close to being equal with 48 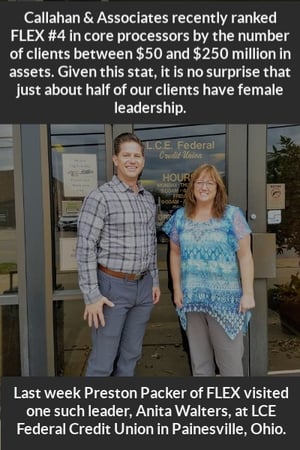 percent women versus 52 percent men. A Filene Research Institute report put C-Suite roles held by women in credit unions even higher, at 53 percent. While this split widens as the credit union asset size increases, chief executives are 19 percent women versus 81 percent men in CU's with greater than $1B in assets, the numbers are still impressively progressive when compared to other industries.

A 2016 survey by the Peterson Institute for International Economics found that businesses who increase women in leadership roles from 0 to 30 percent results in a 15 percent increase in profitability for that company! The study concluded the reasons for this are in part to the fact that having more women leaders means more skill diversity and less gender discrimination within top management, which leads to better employee retention rates.

Women’s presence in corporate leadership is positively correlated with national characteristics such as girls’ math scores. According to the Census Bureau, in 2014, 32 percent of all women in the US had received a bachelor’s degree, versus 31.9 percent of men – the first time that women surpassed men in this category. These numbers will bode well for the push for more women in leadership and continue to bring a great pool of talent to credit unions. The previously mentioned Filene Report found 70 percent of CU employees in the U.S. are women. Part of the Credit Union Difference is demonstrating that CUs stand by the mantra of people helping people, and promoting gender equality is just one such way.