The Impact of New Technology for Credit Unions 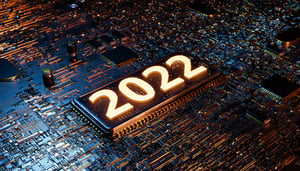 In today's digital age, virtually all credit unions face one glaring concern: how to maintain the valuable face-to-face relationship-based banking that members have come to expect while offering the cutting-edge digital tools younger members demand. In addition to finding the right mix, the capital investment required to make this transition has often helped justify kicking the proverbial can down the road. That was until COVID-19 escalated digital transformation from a nice-to-have into a must-have. Fortunately, Eastern Utah Community Credit Union (EUCCU) already had the plans and groundwork in place to seamlessly make the transition.

Located at the northwestern edge of the Colorado Plateau in Price, UT, EUCCU is the state's 19th largest credit union and has been serving members since 1968. With assets totaling $178 million, EUCCU provides an extended array of banking services to an estimated 12,000 members. As a community-based financial institution, EUCCU offers membership to those working, living, or worshipping in the geographic area, as well as immediate family members of existing members. 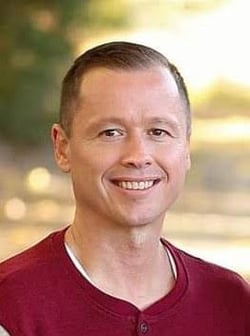 For nearly 60 years, EUCCU has grown and thrived by meeting the unique needs of Price and surrounding community residents. However, when COVID-19 began barreling down on the U.S., credit union employees and leadership were forced to pivot how services were delivered, which is exactly what they did by activating their existing digital transformation plans. Led by CEO, Bruce Yost, and his management team, EUCCU had plans for branch transformation already in the works when social distancing measures were put in place in Price and the surrounding areas.

Maintaining the Personal Touch in a Digital Age

With the goal of retaining the personalized, relationship-based service, EUCCU kicked off its branch transformation measures with the implementation of personal teller machines (PTMs). Using NCR's Interactive Teller Machines (ITMs), the PTMs are operated by live video tellers at each of EUCCU’s branches. This offers members the best of both worlds.

When members enter a branch, they are greeted and served by the same tellers they have come to appreciate and know. At the same time, the PTM looks like an ATM but offers enhanced functionality and significantly more transactions. In fact, the member can perform virtually any transaction they would make in a traditional teller environment, such as: 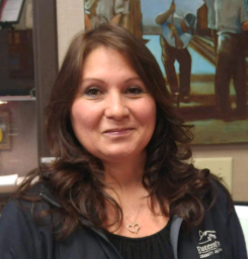 Best of all, members have access to personalized, live assistance when they need it.

Janet Marrelli, the cooperative’s operations manager, has managed the PTM project and highlighted the advantages of allowing members to make in-branch transactions while lessening the likelihood of spreading COVID-19 through direct person-to-person contact. This created an environment that safeguarded both the member and EUCCU employees, while retaining the expansive list of transactions and face-to-face value of performing branch transactions.

As part of the PTM project, the credit union replaced drive-throughs and traditional tellers at each of their branches in favor of virtual teller lines. EUCCU now has nine PTMs across four branch locations.

Digital Transformation Begins at the Core

Any new technological implementation should generate increased opportunities for efficiencies. And EUCCU's new web-based core platform—the underlying engined driving credit union's digital transformation—has done just that. "Speed matters. The speed of the new system has resulted in a reduction in the amount of time it takes to pull up an account and process a transaction. We track transaction processing and our average PTM interaction takes one minute and thirty-five seconds,” Yost said.

In addition to restructuring branch operations, EUCCU's newly implemented core technology empowers the cooperative to take advantage of the flexible, nimble web-based architecture. While the core system's enhancements were initially based on improving branch communication speeds, the credit union quickly discovered an array of additional improvements. “The ability to quickly train and onboard new employees has been huge for us. The web-based technology has also made it easy to get our new employees up to speed, especially our younger employees,” Marrelli said.

At the core of any effective digital transformation is a metamorphosis that evolves how credit union employees interact and engage members. The FLEX core data processing system is proven to do just that while reducing operating costs, improving efficiency ratio, and positioning your credit union for long-term success.