This Vermont Credit Union is Stealing the 'Member Value' Show 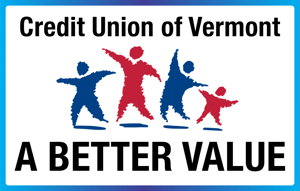 Member value is a credit union industry term thrown around to try to define the value members receive from their CU. But value itself is a subjective term, meaning different things to different people. There are many ways to evaluate member value, but Callahan & Associates have created a metric to quantify value, making it a more tangible goal. They call it Return of the Member (ROM), and this metric represents a CU’s demonstration of member value. The Credit Union of Vermont has been extremely successful in providing member value, so much so that they have been recognized by Callahan & Associates for their exemplary performance within the ROM metric. The Credit Union of Vermont has ranked at or near the top of Callahan’s Return of the Member metric for nearly a decade. As one of the best in creating member value, here is how the Credit Union of Vermont has achieved their success in the category.

First, it’s important to consider how Callahan calculates ROM -- they use a combination of interest rates and usage. The Credit Union of Vermont ranked #2 in the second quarter of 2018 when compared to the industry’s 1,049 credit unions with $20 million to $50 million in assets. There are several factors that have allowed the CU of Vermont to maintain their status at the top, one of which is their lean operating structure. They have consolidated technology vendors so most of their products are under one roof, which allows them to operate more efficiently. The Credit Union of Vermont is a $50 million CU and their operating expenses have stayed below 3% since 2009. CEO, Brian Fogg, would like to see that rate drop below 2% in the coming years and channel those savings into greater returns for members. Fogg's method of creating high ROM is through low loan yields. As they save money on operating expenses, they can offer better rates on loans, fewer fees, and higher deposit rates.

The Credit Union of Vermont measures success differently than other credit unions in the industry. While they certainly gain some income from fees, they are not interested in turning a profit from their members’ shortcomings. They have not raised their non-sufficient funds (NSF) fee in nearly two decades, and their fee structure is quite generous when compared to other credit unions and banks.

Furthermore, the Credit Union of Vermont gets about 75% of their income from loans, and the resulting yield is lower than state and asset-based peers. Their low operating expenses allow them to provide lower rates on loans and deposits, thus leading to higher usage by members. In the state of Vermont specifically, their certificate products are priced rather competitively. The average rate of certificate holdings in Vermont is 8.05%, whereas nearly 17% of members at the Credit Union of Vermont hold certificates. Their 3-year certificate pays 3.5% on balances up to $3,500 and their 4-year certificate pays 2.75% on balances up to $20,000, so it’s no surprise that members are eager to utilize the product.

This green mountain state's credit union also upholds a high percentage of earning assets as loans, which also allows them to funnel greater returns to members. By the end of the 2nd quarter of 2018, the CU of Vermont’s loan-to-asset ratio was approaching 70%, while other credit unions between $20 million and $50 million in assets were hovering around 50%. This shows how a greater volume of loans leads to higher earning assets, which they translate to better rates for members. Despite high loan volume, the CU of Vermont does not battle high delinquency rates. Their 2018 mid-year delinquency rate was 0%, and their yield on earning assets reached 4.02%, which out performed asset and state-based CUs of a similar stature.

At the Credit Union of Vermont, value brings members through the door and consistency is the keeper of their loyalty. Fogg notes their commitment to member value over time has allowed the CU to maintain top ROM rankings, and the longevity of their efforts is a true measure of their success. Their average member relationship is $6,000 more than the state average at $24,000, and their asset-based average is almost double when compared to other credit unions in the state. Some other notable stats include:

In favor of providing member value, the Credit Union of Vermont avoids fees wherever possible. Even members with very low volume checking accounts are exempt from from fees that most other banks and some credit unions would charge. The Credit Union of Vermont believes that minimizing fees is an opportunity to help their members to grow and achieve financial freedom. An example of this is last year when the credit union had the option to adjust rates on $6.5 million in home equity lines of credit, but opted to hold them. That decision had the potential to be $25,000 in interest income, but Fogg felt that leaving the rates where they were was the right choice for their members. It’s instances like these that really make the Credit Union of Vermont stand out. In each and every decision they make, this credit union has members in mind. Through a culmination of their efforts in reducing operating expenses, increasing loan volume, decreasing rates and building relationships with members, they have been able to consistently rank among the highest in the Callahan and Associates ROM metric.