Credit Unions Say No to Racism and Yes to Diversity 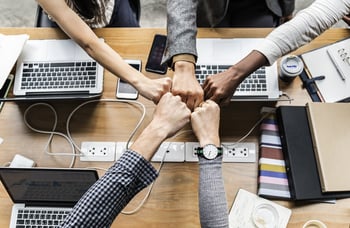 As the world is learning a new term in "Ambien tweeting" with Roseanne Barr's recent blunder, they are also revisiting the ugly word "racism." Credit unions hold a unique distinction in the financial industry as consistently serving minority communities. Credit unions are frequently the only federally insured institutions serving low-to moderate-income and underbanked populations. There is no place for racism within credit unions, as the whole industry was founded on the premise of people helping people, the antithesis of racism. In addition to moral belief in the credit union difference of embracing diversity, diversity itself makes great business sense. The NCUA adamantly states: It makes good business sense to have members, managers, and employees reflect the community credit unions serve and for credit unions to serve diverse segments within their communities. Diversity leads to better service, greater innovation, improved solutions, and increased membership.

From a business side, African Americans, Hispanics and other minorities have become a crucial part of the mortgage market for credit unions. Organizations have been created in the industry, such as the National Federation of Community Development Credit Unions, a New York-based non-profit that develops programs to help credit unions extend loans to minorities and low-income families who have a need to buy a home and the ability to afford one but have too many flaws to qualify for most loans from responsible lenders. And the existence and strength of Minority Depository Institutions (MDIs) in the credit union environment is further testament to the industry's belief in diversity and equality.

The FDIC defines MDIs as credit unions in which the majority of the board of directors are minority individuals and the community that the institution serves is predominantly minority. As of last year, the NCUA supervised 580 MDIs, which represent 10% of all federally insured credit unions and 12% of small credit unions. According to the NCUA's report to Congress on MDIs, these credit unions have:

While 81% of MDI credit unions are small, with less than $50 Million in assets, their percentage is in line with the percentage of small credit unions in the overall system. They are spread out across 38 states with the highest number of them in Texas (92 CUs), California (50) and New York (50). Thanks, in large part to outstanding member services in the communities they serve, as well NCUA provided guidance programs that include consulting services and educational webinars, 95% of these MDI CUs are well capitalized, with a net worth ratio of 7% or above.

The NCUA provides many forms of credit union technology assistance to boost minority depository institutions. They also have programs aimed to assist in improving profitability and financial performance, assistance in executive talent searches, improvements in risk monitoring on loans, and of course, provide a variety of grants and loans for funding. The commitment to serving minorities in their communities is just another example of the credit union difference.

Download the Kings Peak Credit Union case study to learn how one small Utah credit union was able to better serve their members and underbanked community.