How Creative Lending and Mobile Banking Can Serve the Underbanked 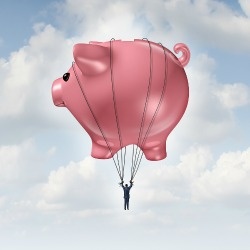 To be underbanked is defined as having limited access to mainstream financial services normally offered by retail banks, and having a strong reliance on non-traditional forms of finance such as check cashers, loan sharks and pawnbrokers. Many people who are classified as underbanked may also have language barriers, unable to access to banking facilities due to distance such as the elderly people, or simply feel uncomfortable using ATM machines. So how can a credit union see the underbanked population as a growth opportunity?

If your credit union services an area with a large population of underbanked consumers, designing product sets geared towards this demographic can increase your member base, as well as perform a service to the community in which you reside. Two common areas for product diversifying to attract and serve the underbanked lie within mobile banking and loan programs.

According to the Federal Reserve, "mobile phones are prevalent among unbanked and underbanked consumers. The relatively high prevalence of mobile phone and smartphone use among younger generations, minorities, and those with low levels of income—groups that are more likely to be unbanked or underbanked— makes mobile phones a potential platform for expanding financial access and inclusion."

The report continues: "In 2014... The share of consumers who would be described as underbanked—defined as having a bank account but also using an alternative financial service such as a money order, check cashing service, pawn shop loan, auto title loan, paycheck advance/deposit advance, or a payday loan—was 14 percent in 2014. Among the underbanked, 90 percent have a mobile phone, 73 percent of which are smartphones."  The opportunity to promote mobile banking to a mobile-savvy demographic cannot be overlooked.

Creative Lending as a Means to Serving the Underbanked

Another prime example of product enhancement to reach the underbanked is modifying your lending programs to better serve your demographics and their needs. FLEX client, Marisol FCU in Arizona, did just that and achieved great success (view the press release here). Through the creation of their Quick Loan program, made possible by the FLEX credit union core, MariSol found a way to offer its members a loan that not only avoids the high interest rates of payday loans, but offers a unique savings component.

“A wide range of our members were going to payday lenders,” Robin Romano, CEO, said. “They liked the no questions asked aspect of the loans and their speed. So we set the program up to be funded quickly with a direct deposit account and having had a job for six months.”

In addition, the loans are paid back in three months, not one pay period, and carry a savings
component. Members will take out the loan for $500, but repay $570 with the $70 going into
a savings account which usually sees them continue in their savings habits, Romano said. “The thing is, that savings component is one of the most well-liked parts of those loans,” she said. “That $70 is a big deal for them to attain at the end of the loan period.”