Help Members Avoid the Sharks with Payday Alternative Loans... Round 2 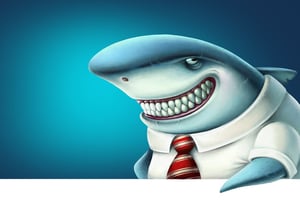 Roughly 12 million Americans, or 2.5 million U.S. households used at least one payday loan last year. This equates to an alarming 1 in 50 Americans, which is why the payday loan industry exceeds $50B in the US alone. Most often these loans are originated to assist with individuals looking for a short-term option to help them meet their monthly financial obligation. While the industry touts these loans as a solution to unexpected or emergency expenses, 70% of borrowers who use them are doing so for their regular recurring expenses, such as rent. Recognizing that these loans are needed, but wanting to avoid the stigma that this industry carries (commonly referred to as predatory payday lenders), with their extremely high interest rates and abysmal default rates, many credit unions have designed lending programs to compete with payday lending in an effort to meet their member's demands, while keeping the credit union motto of helping others in mind. And now, the NCUA Board is proposing to amend the NCUA’s general lending rule to provide Federal credit unions with additional options to offer Payday Alternative Loans (PALs) with PALs II.

PALS II amends already existing rules in PALS I, giving Federal credit unions more freedom to offer quick loans to people in need and compete directly and more humanely, as an alternative to the predatory practices of payday loans. PALs II loans would be permitted at amounts double what PALs I allowed (up to $2K under PALs II), and would eliminate the minimum loan amount. This higher maximum and no minimum loan amount will allow FCUs to better meet the demands of payday loan borrowers, and possibly allow some borrowers to consolidate high-priced, traditional payday loans into one less expensive, member-friendly credit union loan. The new proposal also allows for a longer term for payback, setting the term at 12 months, which is significantly less than the typical 2-week payback payday lenders deploy, and double what PALs I allowed.

These efforts are geared toward retaining members for life and keeping their financial health strong in the long run. The interest rates that are charged by the payday loan industry can be absurd and in fulfilling the payment obligations of a payday loan, the average consumer will pay $430 out of their next paycheck. So the average borrower will lose 36% of their paycheck to the payday loan industry every two weeks! The NCUA is proposing PALs II in order to offer an alternative to members which will help them, not prey on them.

Recognizing the need early on for quick loans, Marisol Credit union out of Arizona wanted to offer programs to community members who needed aspects of what payday lenders could provide but in a way that helped them with their long-term financial growth. Robin Romano, who serves as CEO of the 6,900-member, $37 million MariSol Federal Credit Union, knew MariSol needed to compete with the payday lenders who were contending for their member’s loans. “So we set the program up to be funded quickly with a direct deposit account and having had a job for six months." 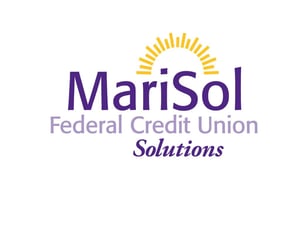 The payback period Marisol setup was 3 months, not one pay period like many payday lenders, but also carried a savings component to help the member's long-term goals. Members will take out the loan for $500, but repay $570 with the $70 going into a savings account which usually sees them continue in their savings habits, Romano said. “The thing is, that savings component is one of the most well-liked parts of those loans. The $70 is a big deal for them to attain at the end of the loan period.”

This is in essence what the credit union difference is about, and what the NCUA board hopes to enable with PALs II proposal. Read more about Marisols' creative lending programs: