8 Credit Union Growth Stats You May Not Know 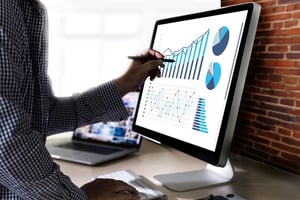 There has been a great deal of discussion lately on the struggles of smaller to medium-sized credit unions. They face many challenges to remain on par with their peers, while not breaking the bank. However, the other side of the coin is the strength of the industry as a whole. Though 70% of the credit union population is composed of smaller credit unions, here are some numbers that illustrate basic performance facts of today's credit union industry:

50% - Percentage of credit union loans that are mortgage or real estate loans.

These facts are all great indicators of how well the credit union system is performing as a whole and also point to the need to improve efficiency within smaller to mid-sized credit unions. To learn more about credit union efficiency ratios, and measuring what matters most, read our information on the 7 Key Efficiency Ratios.