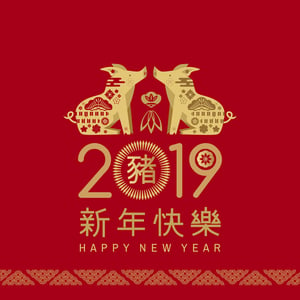 In the Chinese zodiac, 2019 is the year of the pig. Pigs are the symbol of wealth in Chinese culture, and they are thought to bring good fortune as well. For credit unions, these predictions hold true. 2018 certainly brought success and good fortune to CUs and that is expected to continue into 2019. For credit unions, 2019 will be year of the member. The credit union industry as a whole added 4.9 million members over the past 12 months, which led to 116.8 million total members as of September 30, 2018. This year, credit unions will be focused on building stronger relationships with members, and continuing to cultivate new ones.

If credit unions continue to improve at their current pace, they will see annual membership growth of over 5% and double-digit loan growth for the fifth consecutive year. Neither membership nor loan growth have reached these levels since the 1980's, so to what can CUs attribute such success?

CUs have been able to attract members through lending options, and in turn, have seeing lending growth as well. The average loan balance per member was $8,373 as the start of Q4 2018, which is a 6.4% increase compared to the previous year. Some data has shown that new loan originations typically quiet down during Q4 as members are less likely to take out a loan during that time. Members who finish paying off a loan during Q4 tend to go dormant until the start of the new year. In spite of that, CUs still managed to build larger loan portfolios through convenient features like digital lending, as well as the onboarding of new members.

An obvious way that CUs have been able to attract new members is through member service programs. Credit unions were built on the concept of providing custom and personalized service, and that has continued to be key in fueling member growth. The average member relationship, a Callahan & Associates metric, has increased 3% since September 30th, 2018.

In light of frequent data and security breaches in the financial industry, many consumers have turned to credit unions for more secure and trusted financial support. CUs have achieved a 4.4% increase in member growth over the past year, and credit unions that provide a high level of member support will continue to see upward growth throughout 2019.

While the credit union industry as a whole experienced growth, some regions experienced more success than others. According to one analysis, the Western, Mid-Atlantic, and New England regions had the highest levels of member growth, although, all 5 regions had positive numbers. The Western Region reported a share draft penetration rate of 63.3%, which is 5.9% more than the national average. The Central region excelled in auto loans which comprised 44.8% of the portfolio, compared to 35.2% of credit unions nationally. The average member relationship for the Southeastern region increased $553 in the past 12 months, for a total of $16,689. The Mid-Atlantic region recorded 6.2% year-over-year deposit growth, and that's 1.2% higher than the national average. Finally, New England’s average loan balance also came in $889 above the industry average of $15,274.

Both regionally and nationally, credit unions excelled in 2018. With unprecedented new member acquisition and onboarding last year, the focus for CUs in the year to come will be member retention and satisfaction. Member growth is still projected to rise throughout 2019, but credit unions will benefit from providing some extra attention and care to both existing and new members. As many celebrate the start of the Chinese New Year, credit unions will likely begin a year of celebrating their members.