A Field Guide to the Mobile Wallet Wars 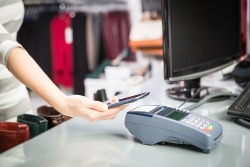 As detailed in our blog post from early February, Apple Pay 101: How Credit Unions Can Make Apple Pay "Work," the implementation of mobile wallets is literally in the hands of your members, and you already have the technology needed to "integrate" Apple Pay and other mobile wallets into your credit union - a credit or debit card, along with some education. A related article from ACI Universal Payments  A Field Guide to the Mobile Wallet Wars provides additional insight, and is worth your time:

I wrote a blog a while back posing the question ‘are the mobile wallet wars over or are they just morphing?’ At the time, Isis (Softcard) and Google Wallet were the only two ‘viable’ wallets in the market, and I use the word ‘viable’ very loosely. The former had only rolled out selectively and the newbie was Google. Apple had yet to announce its Apple Pay plans and merchants were coming to market fast and furiously with new apps that featured payments, all while Starbucks was dominating thanks to its easy-to-use QR based closed loop system.

At the time, it seemed like the war had simmered to a quiet roar while all the players tried to figure out what they had, and more importantly, what pain points they were trying to alleviate for the customer. Looking back now, you could say that the players were all digging their trenches to get ready for the war that they likely all saw coming. Fast forward two short years and now the players are building up their arsenal as we dive head first into the mobile wallet wars.

The Players
I want to preface this by saying that I think each of the companies playing a part are all on the good guy’s side; they are pushing our industry forward, hopefully to challenge each other to tackle true end-user pain points that we have today (or that we don’t even know we have today). So with that, here are our warring nations.

The Super Powers
Apple – Apple is the hot new player on the block. With its much anticipated leap into the payments space not even a year old, Apple has become a true super power and the rest of the payments industry can thank them for shining a big spotlight on the mobile payments space. Apple Pay has grabbed headlines, turned heads at POS terminals and has an enviable network of supporters from the biggest banks to some of the biggest retailers.

Google – With yesterday’s big announcement (finally) regarding the acquisition of Softcard, Google looks to be re-establishing itself. With agreement from the networks to have Google Wallet loaded on their phones, Google may have (overnight) taken a lead in sheer deployment numbers in terms of their wallet offering. I am keen to see what their 2.0 wallet offering looks like, and how they leverage their new armaments.

Samsung – Samsung and Apple’s feuds are well documented. Samsung was first into the NFC game, and many Samsung Galaxy fans were quick to point out that they had NFC-enabled phones 2 years before their iPhone peers. With LoopPay, Samsung can lay claims to having—by far—the overwhelming advantage in acceptance today. Will the early advantage help them pole vault their way to victory?

The Rising Nations
MCX – The MCX consortium of retail superpowers is getting closer and closer to launching their CurrentC offering, at least that is what we are constantly hearing/being told. I think they may quickly become a superpower in this chess game, but for now I am putting them in our Rising Nations category.

PayPal – PayPal always seems to get places first and then fades back a bit. I am bullish on PayPal in the mobile wallet wars as soon as they are spun out of EBay, but for now they do have a great payment application without the wallet.

The Arms Dealers/Rising Nations
The Card Networks – The card networks find themselves in an interesting position. Each is building out their own mobile wallet application, and for the other players to be successful, they have to work with the networks (at least for now). So the card networks represent both an army and an arms dealer.

The Banks – Much like the card networks the banks find themselves in the position of both trying to work on their own military approach to the war as well as supporting the war efforts of some of the super power nations listed above. The banks will play a big role in the mobile wallet wars one way or the other as they are the keepers of the war chest, I mean cash.

The Other Players
Retailers – It goes without saying just about everyone wants to play a role in the mobile wallet wars and retailers large and small are no exception. Figuring out a way to connect and become closer to their patrons is at the heart of the retailers’ strategy, so whether they get completely wrapped up in the larger wallet wars or they wage their battle on the fringes we shall see, but the fact remains more and more apps will continue to roll out from this segment.