The Value of New Technology in 2022 and Beyond 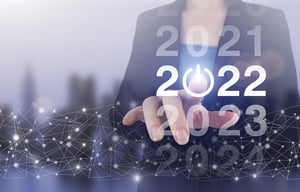 Many to their credit were prepared, others--while not prepared to flip the digital transformation “switch”--did have plans they were able to quickly begin implementing. A third group of credit unions found themselves unprepared for the challenges that came from a global pandemic and were left to begin writing plans for digital transformation. No matter which of the above groups your credit union found itself in, there is still a path forward.

Digital transformation can occur on many fronts and may mean something different to individual credit unions. At the heart of transformative technology is a dramatic change or metamorphosis in the way credit unions interact with their members. Who would have thought prior to 2020 that we would be concerned about how long a virus could survive on a dollar bill?  Yet we learned via virology studies that number can be as long as 28 days.

Regardless of where any of us stand on this topic, member behavior has changed. Digital payment channels such as digital wallets and tap-to-pay quickly eclipsed cash transactions in 2020, according to a report. Beyond our industry, we watched global e-commerce spending grow at its fastest pace in five years--at 19%. Trends suggest it is not going to slow down either, with expectations of 60% growth by 2024.

Changes across the e-commerce spectrum have come to roost at our credit unions. From digital wallets to interactive teller machines (ITMs) and more, we have watched as credit unions pivoted in creating pandemic response plans accompanied by transformative technology. These changes have precipitated a review of the credit union technology ecosystem and led to broader-scale changes than the technology endpoints themselves.

For instance, as finances became tighter for individual members, there was an increased demand to access their funds as soon as possible. This required a review of the technologies that would allow real-time payment transactions whether that be peer-to-peer (P2P) payments or ACH network payments. Both P2P and ACH payments smashed previous year use in 2020, P2P was up 41% compared to the previous year while ACH increased by 8.2%.

As plans to adopt these technologies were put into place, many credit unions realized that the underlying technology their products and services were built on would not support these payment channels. Some credit unions quickly “bolted-on” third-party solutions while others began to review their core technology platforms. No matter the course of action, change was required.

Core Processing Systems is the Answer

Those limitations may have been identified as an inability to connect ACH network payments to the core system, thereby limiting online banking and mobile app channels. Other credit unions were met with the lack of open application programming interfaces (APIs), which allows the connection and transfer of data between two separate and disparate software systems. And still other credit unions were met with the limitations of a core system that was unable to natively deliver digital new membership and digital loan applications as physical branches closed with social distancing mandates in place.

Core systems providers themselves have been required to answer the demands for digital transformation or risk losing customers. Status quo is no longer an answer. Smart core providers found ways to meet credit union member demands through rapid development of new products and features such as skip-a-pay loan solutions to assist in the early uncertainty of the pandemic. Those same core providers that worked to solve the new technology paradigm also realized that remote branch environments and working conditions would challenge the delivery of core data itself. The answer then was to incorporate new performance-based technologies and/ or redevelop aging core components as necessary.

Technologies such as virtualization and containerization have evolved to enhance performance and increase responsiveness across the core ecosystem. Web-based design also introduces accessibility across devices, increases flexibility and scalability, and reduces maintenance oversight. Just like the increase in demand for real-time payments integration, credit unions have also realized the need for fast and efficient delivery of core data across all credit union channels and locations.