The Evolution of Core System Architecture 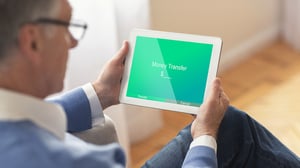 Consider the evolution of how money is stored: First, it was put in a box in our home, then moved to a bank teller behind some bars, followed by storing it in huge vaults with giant doors and locking mechanisms, then into an ATM for easier access, and now it's just 0s and 1s transmitting through the internet. As times have changed, we've adapted to how we store and access our hard-earned dollars. People once demanded to know that their money was locked up safe but, as technology advanced with the internet and smartphones, we now want the ability to access and transfer it from wherever we are, whenever we want, however we want to. To keep up with the needs and expectations of credit unions and their members, core systems have had to evolve and adapt as well.

Legacy core platforms were built to stand alone, to operate in a silo. This limited the threat from outside forces and kept credit union data "safe", but it also made transactions slow. These legacy platforms were inflexible, designed to work a certain way and difficult to adapt.

As changes were needed to meet new demands, and integrations with closed systems were limited, credit unions were forced to develop workarounds and add-ons that were both costly and inefficient. And, over time, more and more of these got layered on top of one another, making the job of a member services representative increasingly complex.

Forty years ago, this was perfectly acceptable. Build a system that accomplished your goals, make it work for as many years as you could, then scrap it and buy the next generation. Then, in the early 1980s, the personal computer came on the scene, followed ten years later by the internet, five years after that the first smartphone. The world had to adapt as individuals were given increasing ability to access self-service, in real-time, and core system processors have had to adapt too.

Where silos were once the norm, today's expectation is for all the silos to connect and talk to each other. This was made possible by open application programming interfaces (APIs) which streamline workflows, gather data, and create a unified member experience, whether they are in branch or on their smartphone. These modern, open API systems give credit unions incredible flexibility to tailor financial solutions that fit their members current and future needs. They provide a more connected member experience while giving your MSRs the tools they need to provide more personalized service.

Download the FLEX Core Integrations eBook to learn how FLEX will help your credit union continue to evolve with the open world of financial services.