No More Credit Cards, Cash, or Checks? Oh My! 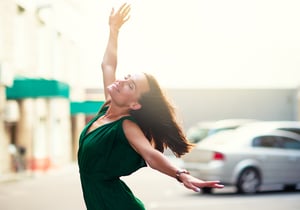 In The Wizard of Oz, a simple farm girl living her normal black and white life gets transported by force to a bright and colorful new world where things she never expected were possible. Most people who know the story would argue that the storm opened up something good for her that she would've missed out on without the shove. COVID-19 came in like a storm and the changes that we've been forced to make as a result may not all be bad. The last few months have pushed a lot of folks to try things they might never have before, like grocery delivery, Zoom calls, and digital payments. While these types of services may have once been ignored by some, that storm has pushed a lot of us into a new reality.

There's no doubt that Millennials often lead the pack when it comes to technology use in their daily lives, but Gen X and even Boomers aren't so far behind. According to a 2019 Pew Research Survey, 93% of U.S. Millennials own a smartphone, 90% of Gen Xers own one, and a surprising 68% of Boomers do. While some expect that Boomers will lag behind in technology adoption, there are many signs that they are not to be left out of any digital revolution. One statistic is a glaring example of this: In 2011, only 25% of Boomers had a smartphone, and today they're at 68%!

Another study on digital payments adoption, released in early 2019 by Early Warning Services, LLC, showed that 50% of first-time Peer-to-Peer (P2P) Payment users are ages 45 years and older. This is a direct result of a growing trust in digital payment services, like Zelle. We would venture a confident guess and say that in the last few months that number has grown substantially.

About 8 in 10 online U.S. consumers have tried P2P technology, which is significantly more than mobile payments services such as Apple Pay and Samsung Pay. Where Millennials are willing to roll the dice and try non-financial institution providers, the older generations put trust in their familiar institutions, like their credit union.

52% of Generation X and 46% of Boomer respondents said that they “trust” P2P payments, and are interested in using available solutions. 76% of Generation X and 74% of Boomers surveyed ranked “offered through a financial institution they use” as a top reason to trial P2P payments. Offering digital payments via an app at their financial institution allows them to feel more secure when adopting a new technology.

In comparison to other forms of payment, P2P offers a slew of other benefits as well. Checks create delays in deposits and withdrawals, and are prone to get lost. Cash is simpler but you need to have it on hand, and when exact change is needed, there can be hiccups. There also is no digital transaction record when using cash. Credit cards are convenient, and you can get rewards and track spending, but they can incur a range of fees for both vendor and consumer.

We're Not Cashless, But We're Heading There

Digital wallets and mobile payments are becoming more popular by the day. The sea change in the last few months (as a result of the pandemic) is likely to drastically push forward the demand for simple, instant P2P payment options from trusted sources. It's important for any business to keep up with the times, or they run the risk of falling behind and losing out to the competition. Your credit union would be wise to follow the yellow brick road to the future where consumers can transact with each other with a just few taps of their smartphones. Soon, they'll be clicking their heels saying "there's no place like mobile."