Johnny Depp and Remote Deposits: 4 Things They Have in Common 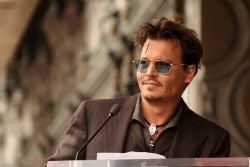 Remote Deposits and the Check 21 Act have revolutionized banking. Johnny Depp has revolutionized the characterization of quirky movie roles. To have a little fun today, we dive "deep" into the commonalities of the famous actor and credit union mobile banking solutions: