Is Amazon Competing for Your Members? 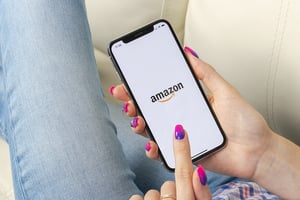 Amazon has been a threat to retail for many years. While brick and mortar stores have pointed fingers at Amazon for their decline in foot traffic, some credit unions are beginning to fear competition from Amazon as well. Amazon has yet to implement any banking features in the U.S. but they have already begun taking deposits in India. Delivery staff can now accept cash as payment upon delivery, as well as collect deposits through a Cashload feature in a version of Amazon Pay. Amazon allows their India-based customers to deposit any surplus cash from their purchase into their Amazon Pay account, and they can deposit additional funds to be used toward future orders or bills within partner websites and apps. Amazon allows deposits up to 10,000 rupees ($143 U.S. dollars), which is quite a bit, considering the average Indian household makes about $50 per month. Could such services be on the horizon for U.S. customers? Here’s what we can expect from Amazon in banking:

The Office of the Comptroller of the Currency (OCC) announced that it will consider applications for fintech charters, which means Amazon could apply. However, many anticipate that Amazon will integrate more fintech services without forming a traditional bank, as it would require them to set aside huge amounts of capital, which they can currently use to grow. Amazon is on the path to building a bank for Amazon, rather than the Bank of Amazon… for now.

Amazon also has some advantages over traditional banks and credit unions:

There are a lot of doors open to Amazon and only time will tell in what direction they take their financial service platforms. They have already begun dabbling in payments, cash deposits, credit cards, lending, and even insurance. The sky's the limit for Amazon, and it will bode well for credit unions to keep an eye on their financial services ventures, as they could quickly become a force to be reckoned with in the credit union industry.