Don't 'OK, Boomer' Your Member Base 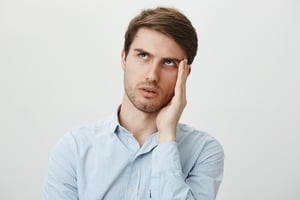 If you haven't heard the phrase “OK boomer” yet.... don't admit it to a teenager or young adult. It has become a common retort on apps such as Instagram, Twitter and most especially TikTok, where it's hashtag has been viewed more than 18 million times as a way to mock older generations for making outdated statements (such as not knowing what TikTok is). For teens and young adults, calling everyone older than them "boomers" is a retaliation towards adults in their life who refer to anyone younger as "millennials" with the negative connotations surrounding that descriptive. People don't like to be categorized with over generalizations... credit unions should remember this when it comes to talking to their members about new technology.

The term Baby Boomer was coined in FLEX's backyard, when in 1963 the Salt Lake City Tribune defined the generation as persons born during the tail end or in the decade after World War II, when the United States saw a tremendous spike in births.  And while a good portion of credit union members would fall into this category, there has been a huge focus on attracting more millennials over the past several years, and with good cause.... They have tremendous growth potential for CUs facing a dwindling member base. Unfortunately, blanket statements are often used when marketing to this group: Millennials are entitled, too informal, constantly need reaffirmation, and they don't take work seriously enough. Nobody would want to be lumped into that category!

But by placing all Baby Boomers into the "OK, Boomer" category, younger generations are perpetuating myths that can also be debunked: Baby Boomers are technologically-challenged, unable to accept change, and have an old fashioned view on the world. The lesson for credit unions here is that, while there are certainly subsets of people who have a few of these traits, it would be detrimental to marketing to your member base to assume this pertains to everyone in this generation.

Take for instance the myth that Boomers can't deal with new technology. It stands to reason that people who weren’t exposed to personal computers until adulthood would have a harder time with digital technology. But to make the assumption that older adults are slower to grasp new skills and that computers, digital gadgets and social media are too complicated for them to use would be a mistake.

Baby Boomers, like younger generations, have integrated digital technology into almost every facet of their lives — from banking and shopping to following news and watching videos. Social media is also not a foreign concept - in fact, users over age 55 are Facebook's fastest growing segment. There are even dating sites that cater to 50+ set, who now make up 20 percent of all online daters.

Here are two pitfalls credit unions should avoid when contemplating technology for their aging member base:
1. Not introducing new technology to members, assuming they will not adopt it. Not only does this turn a blind eye to new, younger members, but it runs the risk of losing existing members who are eager to adopt technology and see the value it brings.
2. Focus marketing efforts of new technology on just younger users. It is crucial to not only include existing, older members in technology and product improvements, but gear some of your conversations towards them. Offer training and additional assistance for those that need it and ensure MSRs are patient when helping.
Members of all ages want the convenience and benefits that technology can bring- so place a priority on helping them to embrace it. This is the perfect opportunity to provide exceptional service by improving the lives of our members through education and new advances.