In 2018, TSYS conducted a Consumer Payments Study and found that 79 percent of card holders identified rewards as the most attractive feature of their card of choice... a number which has continued to rise year over year, up from 68 percent in 2017 and 59 percent in 2016. Cash rewards topped the charts as the most popular type of rewards, with 80 percent of respondents redeeming their rewards for cash-back. Rewards redemption options also making the list were gift cards (47 percent), merchandise (38 percent), travel (33 percent), and experiences (21 percent). 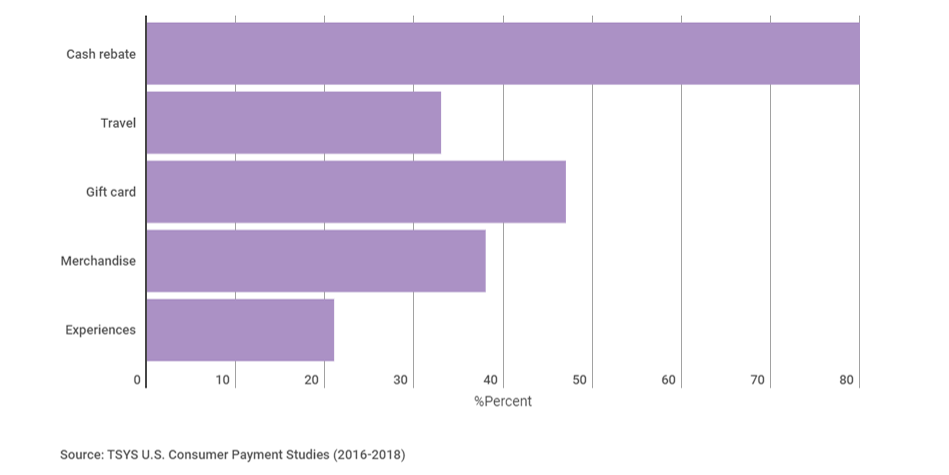 Hey, hey, hey! Simplicity and accessibility is what I say!

Aside from just reward types, simplicity in programs and redemption options are also driving cardholder satisfaction. Increasingly, members want instant gratification when it comes to rewards...66 percent in the TSYS survey want to use their mobile phones to tap into their rewards and get instant discounts when making purchases.

As we continue to move away from cash and into even more of a card-based environment, competition will continue to increase for your members' business. Now is an ideal time to look at your credit card rewards program and identify areas for improvement in cardholder satisfaction, from offering types and ease of redemption by members. While members can't always get what they want, you can certainly try to get them what they need.