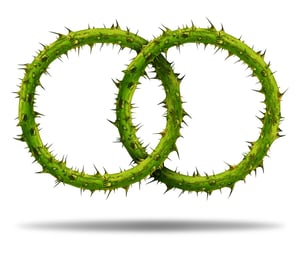 Digital transformation is a fundamental shift in operations as well as a cultural change that requires credit unions to step outside of their comfort zone and innovate in order to compete with other financial institutions. It requires being agile and adapting to shifts in member demands. Members are constantly influenced by big named companies such as Starbucks, Apple, and Amazon... companies who have never been afraid to embrace and be the first to market with new technologies, even at the risk of failure. Mobile banking has primed credit unions for digital transformation if they can overcome shortcomings in core relationships.
Credit unions have long-known that mobile apps carry extreme potential to reach their members. Mobile apps can make it easier for both new and existing members to open accounts, provide in-app lending options, customized offers and can give members greater control over their personal finance. Smartphones have become an extension of members; some would argue even part of their identity. They are prime real estate for marketing new products and services. Consider these updated stats on mobile phone usage from a 2018 PEW RESEARCH study:
As a result, it is no longer a question of whether or not you have a mobile banking app, it's how does your mobile banking app differ from the competition, giving you the digital transformation edge? How is your credit union embracing the mindset of large companies like Apple and Amazon and delivering a service that will bring members substantial value?
Any technology or industry tradeshow has certain booths that dazzle the crowd. Mobile banking apps are no exception and there are certainly a number of digital products that will delight not only your CU's board, but members especially. The challenge most credit unions face when deciding to embrace the mindset of the digital transformation leaders is the fact that they are burdened with a slow moving or closed core.

Don't Let Your Core Hold You Back

Many core system providers have created a complex product that works across the board for all its credit union clients. Customizations can be costly, and unless the development opportunity applies to most of its clients with a great demand, it probably won't make their development roadmap. So, if your credit union has its eye on a shiny new object that will wow your members and keep you relevant in your market, your core system may not see it the same way and can prevent you from adopting the technology due to closed architecture.
Working with a core that has a mentality of abundance and practices open architecture through an API will allow you to seek out best-of-breed products by allowing the technology to be integrated into the core. They will not view third-party applications as competitors to their own products and services, but as opportunities to help their credit union clients grow and compete. Many times, the third-party application providers who have developed new technology will be happy to develop and fund the integration, spending their own time and money, in order to have access to the core systems clients as potential new customers of their own. Really, it's in the best interest of all involved: The third party provider expands its market, the core provider keeps its clients happy, and your credit union delivers a ground-breaking service to members.