Peer Pressure: How Do You Stack Up Against Other Credit Unions 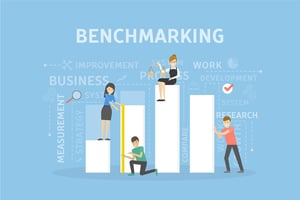 Many credit union executives use their bottom line profitability as the primary measure of their success. Other credit union boards solely focus on the financial performance of a given quarter or year as it compares against the prior term's figures. By putting the focus of your CU's success on past results, you lose the advantage of being a forward thinker; You ignore how well your key performance indicators (KPI's) measure against the results of credit unions in your asset group. Approaching your performance measurement this way is known as “benchmarking”.

Benchmarking: a measurement of the quality of an organization’s policies, products, programs, strategies, etc., and their comparison with standard measurements, or similar measurements of its peers.

Earlier this year, we investigated how credit union efficiency ratio compares to other credit unions in your state in our article: Average Credit Union Efficiency Ratio per State: How Do You Stack Up? The NCUA also releases a benchmarking report with a summary of trends by credit unions broken down by asset group. With any benchmarking strategy, the first step is to identify what relevant key financial and operational data should be used to measure your own internal past performance as well as against the industry average and industry leaders. How your figures compare to your own previous performance might make the need to improve obvious. But when comparing figures to your peers, you gain insight into how the market is impacting your peer group.

The NCUA identified 20+ relevant financial data points, including efficiency ratios that CU's can use to benchmark their KPI's against their peer's. Here is a summary of just a few of their findings as reported in March 2018's NCUA 2017 Credit Union System Performance Data:

How does your credit union stack up?

Below is the complete list of other benchmark data from the NCUA report that may be useful as you reset your 2018 goals now that we are nearing the halfway mark. 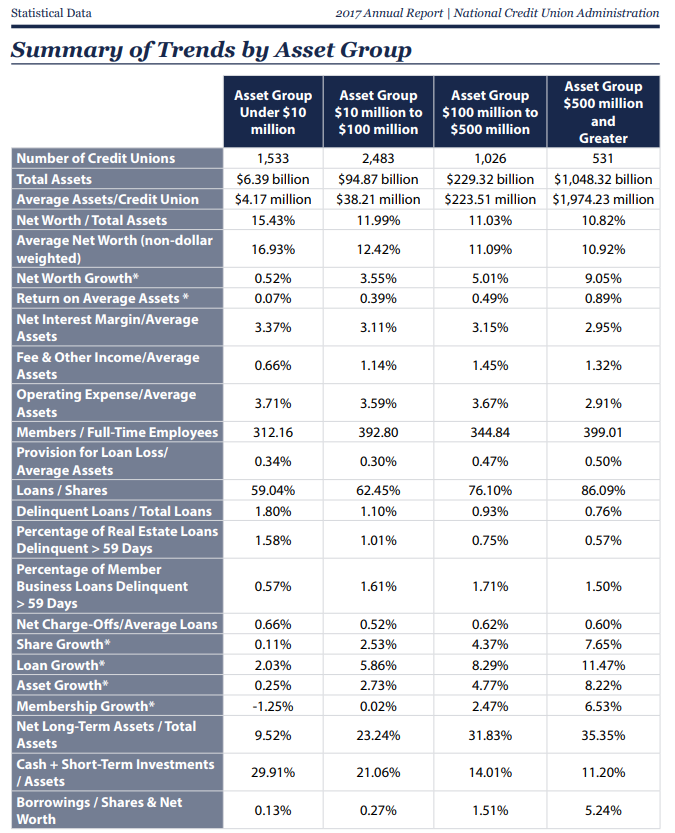