Do Millenials Pay their Bills? The Case for Mobile and Internet Banking Integration

Believe it or not, millennials do pay their bills, if not a little differently. Millennials are the largest U.S. age group, which means they are worth adjusting for.  But did you know more than 20 percent of millennials have never written a check?  This is according to a recent study of the financial habits of millennials, also known as Generation Y, entitled Bill Payments Money Mindset Index .

END_OF_DOCUMENT_TOKEN_TO_BE_REPLACED

2015 Trends in Digital Banking Emphasizes Ease of Use 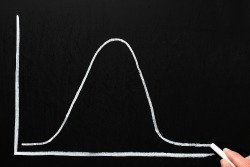 No matter what your major was in college, you no doubt had to learn the "Technology Adoption Lifecycle."  Perhaps it was taught in the context of history and the industrial revolution's impact on agriculture. Or, more likely, you remember it within the teaching of your economics or business programs as a way to characterize companies' cultures when it comes to embracing technological advancement, and the resulting adoption of that technology by the market.

END_OF_DOCUMENT_TOKEN_TO_BE_REPLACED

Do you feel your credit union core system has provided any realistic innovations recently?   According to Scott Hodgins, Research Director at Cornerstone Advisors, core providers were providing a less than worthy effort heading into 2013.  You can read his article "Demand Realistic Core Innovations in 2013" here.  Now that we are midway through 2014, where does credit union core technology and related innovation stand today?

At first glance it should be noted that in Mr. Hodgins’ article, he discussed only the largest players in the credit union core technology marketplace.   Evaluation of only the largest core providers is an accepted practice among consultants.  While certainly important, these are not the only credit union core providers, and as the article effectively illustrates, these companies are most interested in acquiring technology, not developing it.

Is it possible that only looking to the largest providers in credit union core technology is the reason why innovation is stuck on empty?

There is innovation occurring in credit union core technology, it just might not be happening where you would expect to see it.